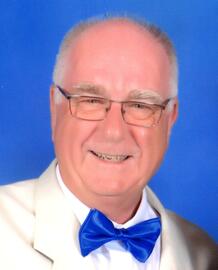 Tim Asquith was born in Tonbridge and, apart from short spells working abroad, spent all his life in Hildenborough. He was educated at Hildenborough Primary School and then Tonbridge Secondary Modern for Boys and then went on to Tunbridge Wells College to train and qualify as an Electrical and Electronic Engineer.
He started his working life in 1971 at London Transport as a Signal Engineer and there was involved in numerous projects including radio communication and GPS location systems for buses and the design and installation of electronic destination displays at bus stops. He ended up working for London Transport for 23 years.
He went on to work for Orange Telecom and then Lucent, a large American Telecommunications equipment company, where he travelled abroad, including Saudi Arabia, designing and installing mobile telephone equipment.
He also worked for ADT Fire & Security, another well-known electronics company where one of his final projects was the design and installation of the security system in the O2 Arena in south-east London. Some 400 security cameras were installed.

During his working life for a period of some 25 years, he undertook voluntary work for the Royal National Institute of Blind People as a trainer and repairer of talking books.
It was after he retired that Tim became really involved in village life.
He would regularly attend the Farmers Market on Tuesday mornings and take his place at the Grumpy Men’s table. As one of the “Happy Grumpy Old Men” he was always happy to contribute an anecdote from his vast experience and to raise a laugh.

Tim was not religious but he had a strong connection with his local church.
When he realised that there was a problem with the village graveyard documentation he undertook the monumental task of cataloguing all the graves in the churchyard. More than 4000 graves were recorded going back to 1850. His research also unearthed graves recording villagers who fell in the 1st World War... but are not recorded on the War Memorial. This work lives on as Tim downloaded his results to the “Find A Grave” web site * for everyone to see.
He was in the process of doing the same for Leigh Churchyard but illness unfortunately cut short his efforts.

Tim was also a founder member of Hildenborough History Society. He was actively involved in hunting down and excavating World War 2 shelters and he spent hours on end scouring archives for photo's and news stories concerning Hildenborough. He would also spend good money on old and rare postcards and ephemera and then send them in for inclusion on the website.  He provided detailed articles and talks on village history for the History Society and also for “Keys”, the village magazine.
​
He was also into genealogy and he provided a number of people with their family histories.
He would do a lot of this work and not expect any reward.

His good friend, Barry, introduced Tim to another activity – re-enactment.
He enjoyed dressing up as an RAF officer, a Georgian or Edwardian Gentlemen and going to events at Chatham Dockyard, Tonbridge Castle, Rochester Dickens Festival and The Kent & Sussex Railway and would play the full part including providing information to anyone who asked.
​ 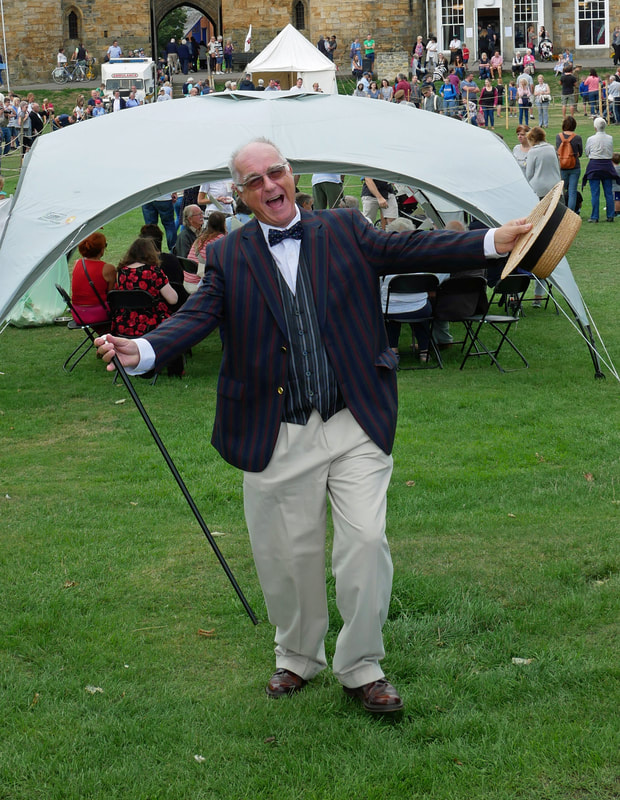 Tim at the Tonbridge 100, the WW1 remembrance event held at the castle in 2018. Photo by Mellie.
With all these activities, it’s a wonder that Tim had any time for leisurely pursuits - but he did have some.
He had separate woodwork and metalwork workshops at home where he made a whole range of things.
Collecting antique barometers – he has around 40 of them.
Then there was his beloved Corvette Stingray which he was constantly tinkering with. He would often take clergy and other friends on fear-inducing drives around the village and elsewhere.
And he loved to go on long cruises to all parts of the world where he made many and long-lasting friends.
We will all miss his generosity, enthusiasm, commitment and good humour.

Tim was just 68 when he passed away at The Hospice in the Weald.
​
* The direct link to the St John The Evangelist Churchyard entry on the Find-A-Grave website is here....  www.findagrave.com/cemetery/2135509/st-john-the-evangelist-churchyard
​Huge thanks to Tim's brother, Anthony Asquith, for the eulogy and photographs.