As the Battle of Britain wore on, the shortage of aircraft was becoming a huge problem. To try to address this, the public were asked to dig deep into their own pockets to raise funds to buy new aircraft and ships. Spitfires in particular were held in high esteem among pilots and the general public alike, very much the darling of the skies. Fund raising events were held all over the country, but Kent was right at the front in the drive to buy more Spits. In particular, the good people of Hildenborough were very active in their fundraising efforts. At the time, a Spitfire cost £5000.
This is an extract from the Tonbridge Free Press, dated 13th September, 1940:- 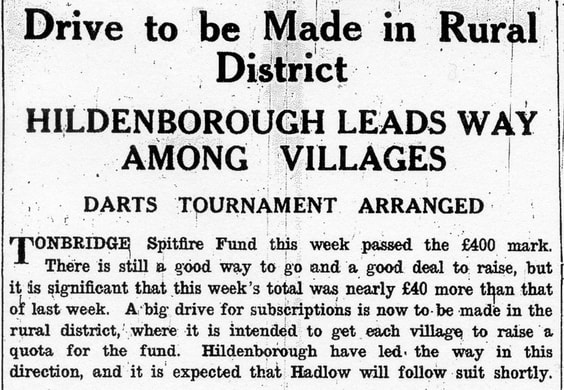 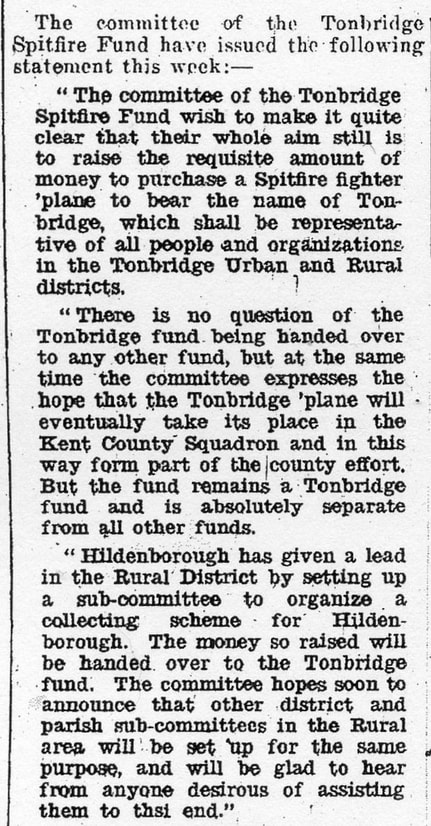 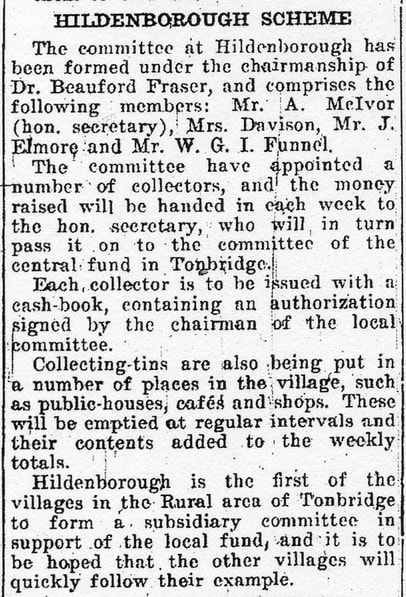 As mentioned above, Dr Beauford Fraser, of Mountains, chaired the Hildenborough fund-raising committee, and he really did put his money where his mouth was..... 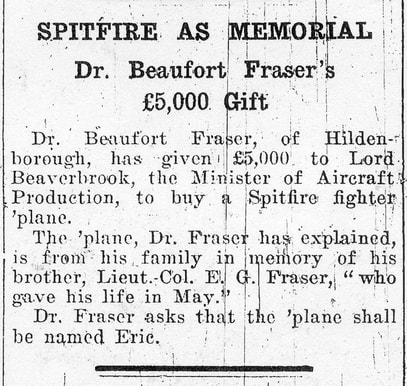 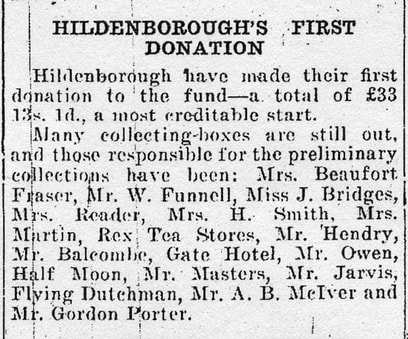 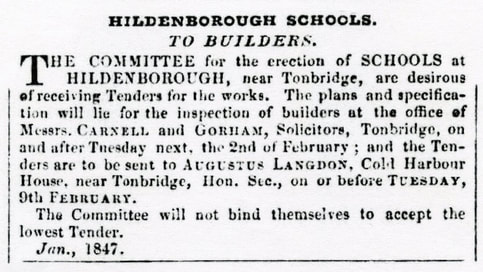 ​Tenders for the construction of the Hildenborough Church of England Primary School in Riding Lane. 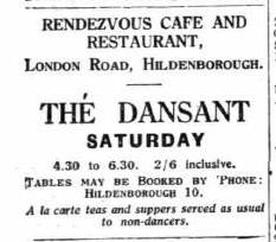 ​Newspaper advert for "The Dansant"
at the Rendezvous Cafe. 1931. 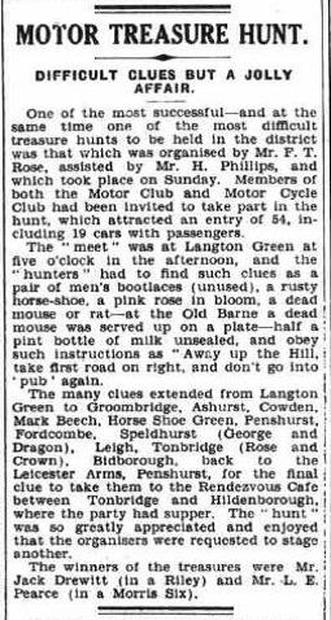 ​Newspaper report of a Treasure Hunt for Motor Cars and Motor Cycles, ending with supper at the Rendezvous cafe.
Won by Jack Drewitt and Mr L.E. Pearce.
​1932

​Image courtesy of Tim Asquith
A report in the Courier, 11th May 1946, summarising the cost of the war in terms of casualties and major damage suffered.
Images courtesy of Trisha Robynns