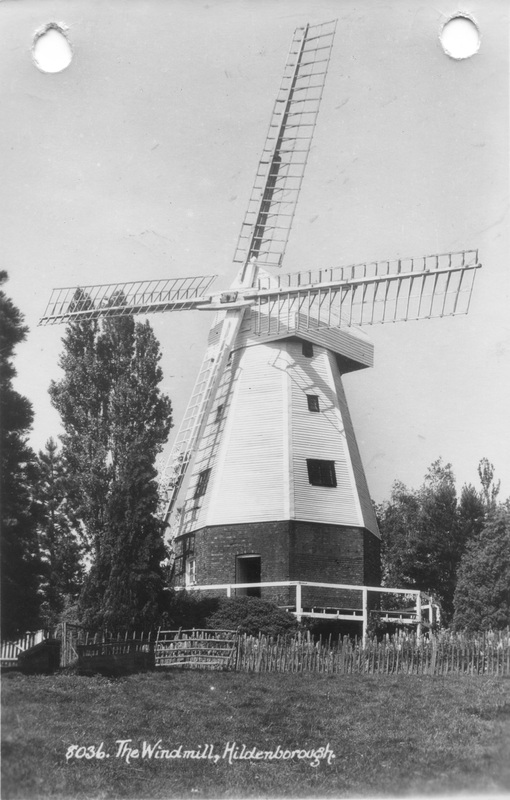 The Mill at Watts Cross. Built in 1812 for Mr John London by Mr Budgen (Builders) of Speldhurst. Richard Burfoot was the miller here in 1878. 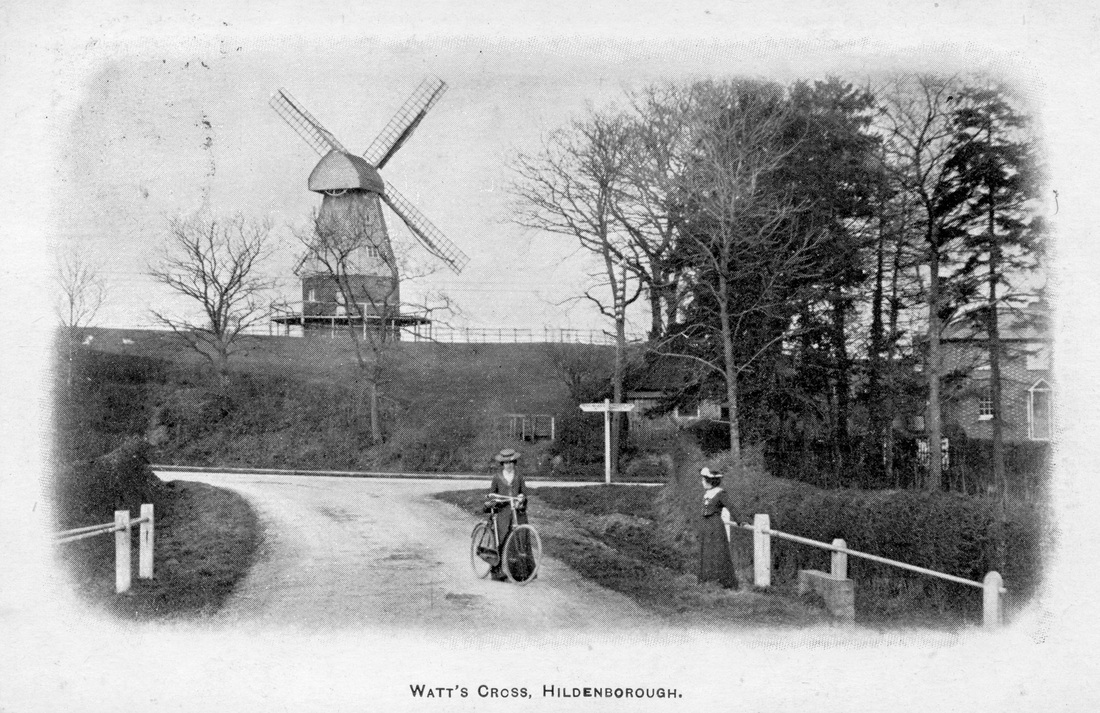 This was one of the oldest of the “smock” mills. Every cog and wheel was made of wood. The only iron in the mechanism was the windshaft. There was a large ‘Y’ wheel inside the cap, to which a rope was attached for pulling the cap into the wind. It was one of the few Kentish windmills that were driven ‘underdrift’, i.e. with the stones worked from beneath, like those of a watermill. It had four storeys and one of the floors of the brick base above the stage. It used to drive three pairs of stones and was last worked in 1910. The last miller was Mr Martin. 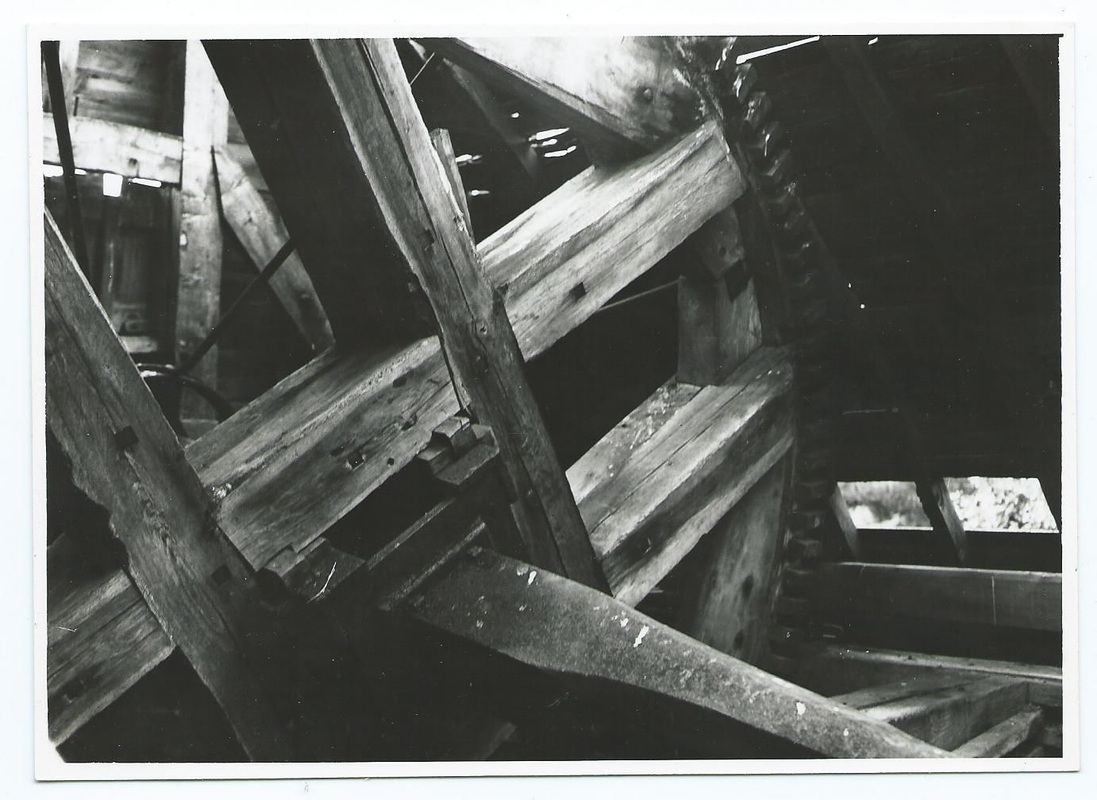 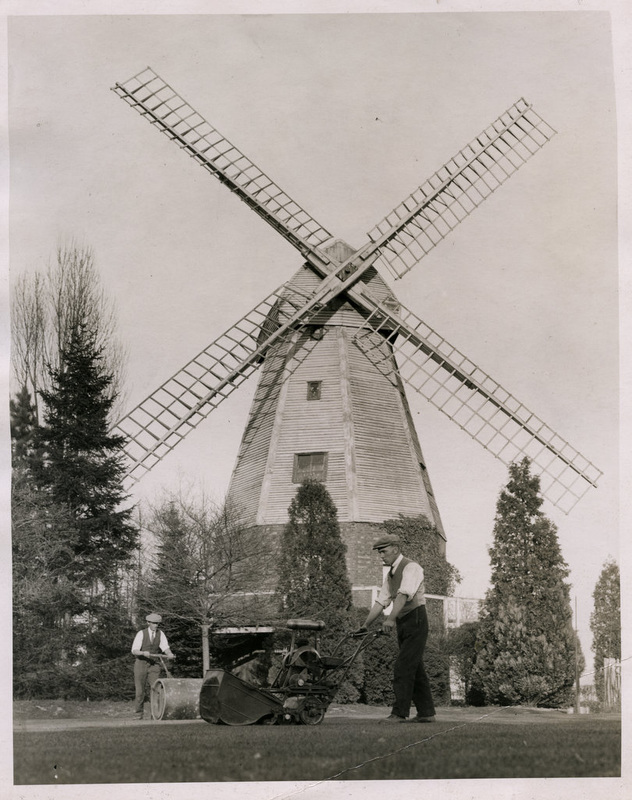 Although no longer a working mill after 1910, the mechanism was retained and kept in good working order up until the 1960's when, tragically, it was struck by lightning and damaged beyond economical repair.