Craftcast
In order to counter the desperate housing shortage immediately following WW2, an innovative construction technique known as Craftcast was developed by Llewellyn Jones, senior partner of Jones and Harvey of Sevenoaks and Westminster. Some farmland was procured and construction of a new estate began in 1947, comprising the roads Ashley Road, Birch Close, Brookmead (west) and Greenview Crescent.

The original plan was for 375 bungalows, but the company ran into problems with obtaining permission for these private homes and in the end just 220 were built. Concrete was mixed in a large on-site mixer and then pumped through pipes to the plot of each property. First an 18inch-thick base was laid, into which all drain connections and service pipes were fixed. Then light steel frame supports were erected and an inner panel attached. Against this inner face were placed all the components that were to be buried in the concrete wall. An exterior panel was then attached to the steel frame and the structure was ready to receive the viscous mix; precise gaps in the moulds left spaces for doors and windows to be added later. All the roofs were flat and were made of solid concrete. Two and a half days after the concrete had been pumped in, the moulds were removed — to be used again for the next homes — and the building was ready for windows and doors and internal works. The exterior walls were given a stucco surface of thick pebble dash and were all painted white or cream.

In meeting the post-war need for new housing, the Craftcast system had a number of advantages being quick, mechanised, requiring a small, largely unskilled labour force and avoiding the need for structural timber which was in short supply. However, the company ran into problems with obtaining permission for these private homes and the final development was smaller than initially envisaged.

The low building heights, combined with an extensive tree planting programme and the inclusion of wide, grassy verges, gave the estate a green, spacious character. Some of the buildings have since had their flat roofs replaced with shallow pitched roofs, extensions built and feature windows added.
The following is an article, reproduced from the October 11th, 1947 edition of The Sphere, an illustrated national newspaper of the time..... 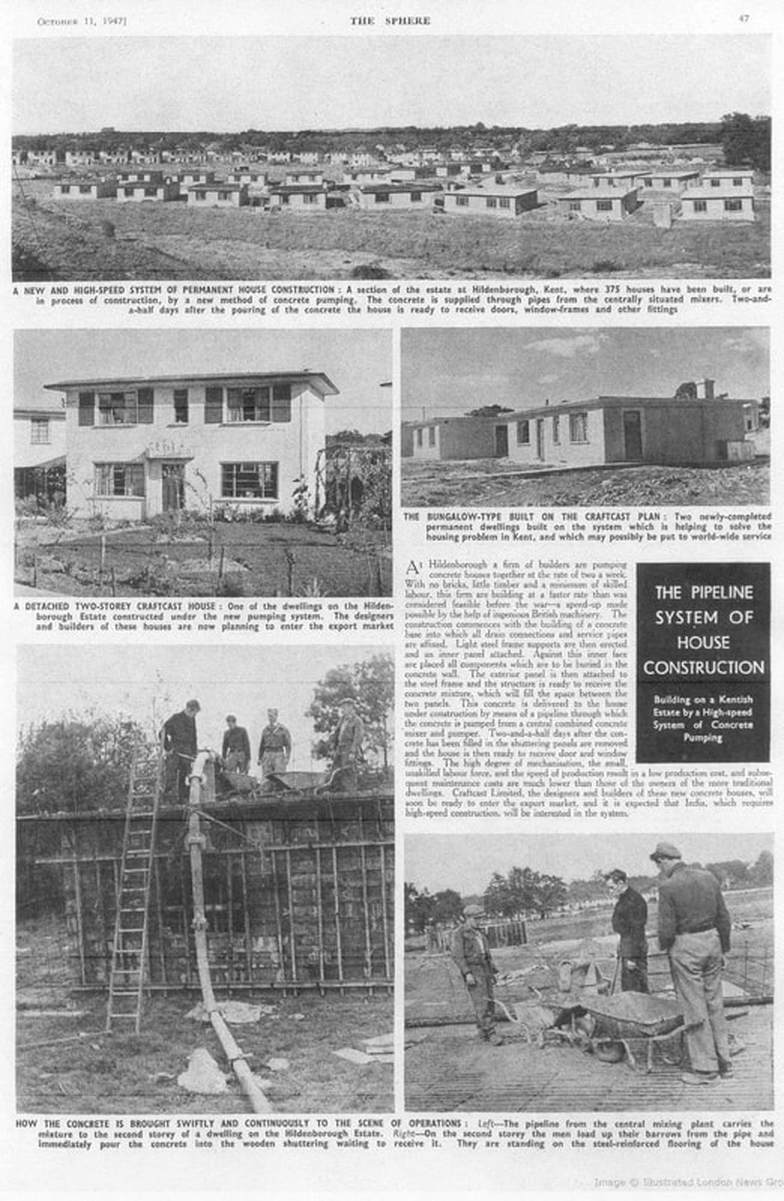