The Half Moon, London Road. 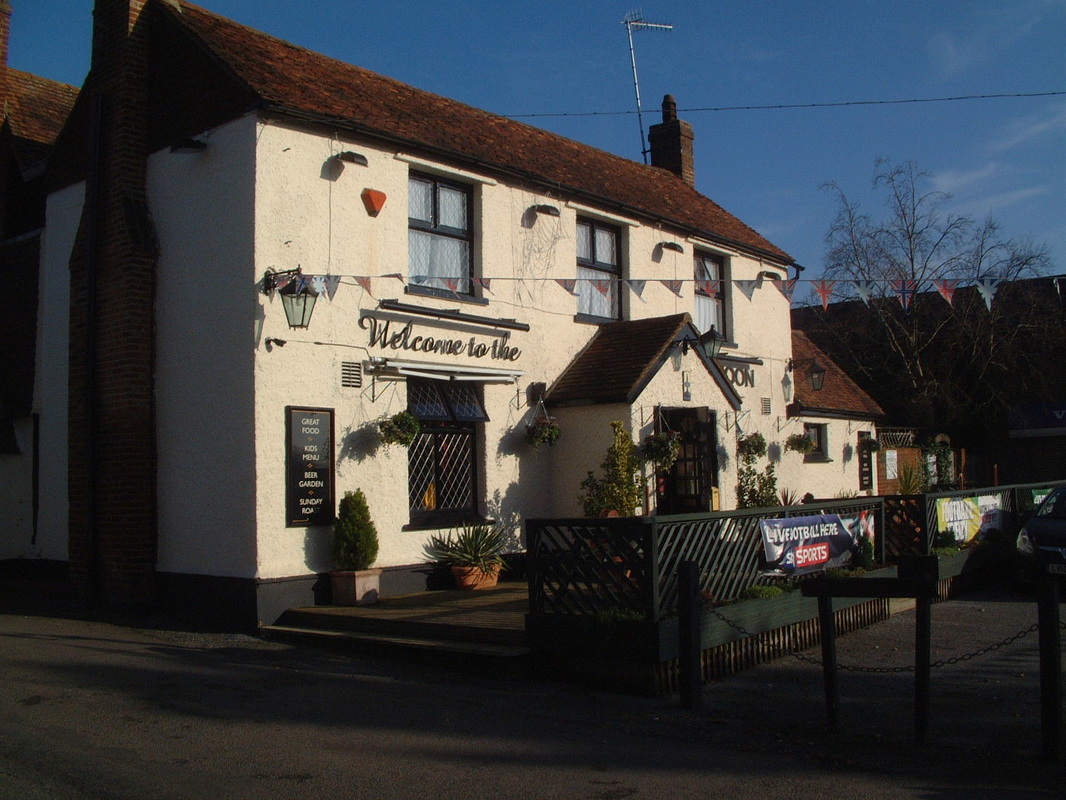 Parts of the Half Moon are believed to be over 500 years old, the front was added about 1707. 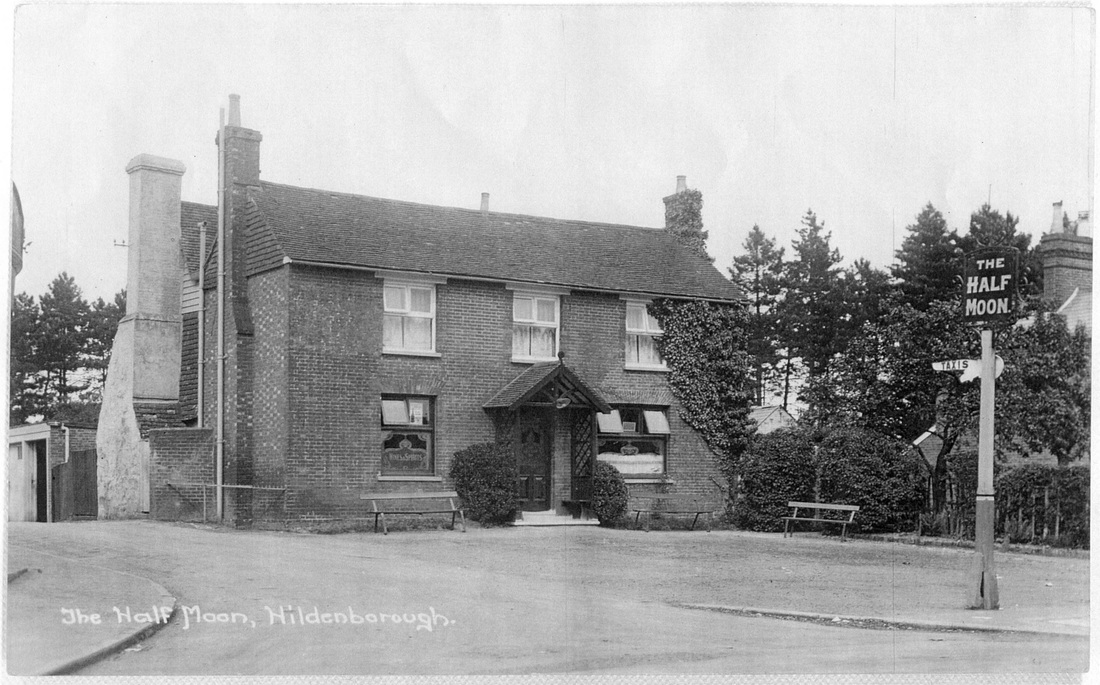 No idea on the date of this one, unfortunately.
As well as the Half Moon that stands today in London Road, there appears to be evidence of another Half Moon in Coldharbour Lane, sometime around the mid-1800s, according to various censuses and directories of the time. The 1851 census and the Post Office directory both list two separate entries for ‘The Half Moon’ and the ‘Old Half Moon’, as does the Melville’s directory of 1858. 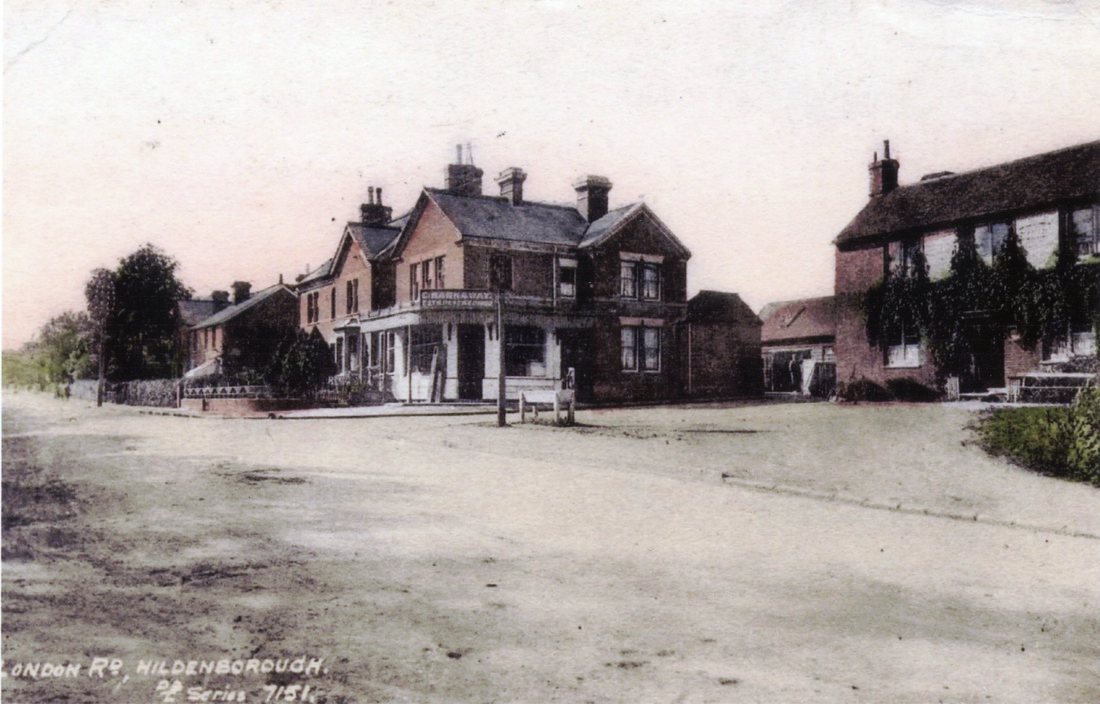 London Road. The Half Moon on the right. Postmarked 1909
Past Licensees (listed as beerhouse or alehouse keepers, innkeepers, or licenced victuallers):
(the dates are approximate, the information is from various censuses and directories of the time so they may have been in residence for several years either side of the dates given).