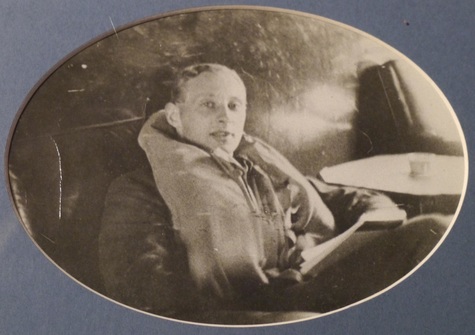 P/O Mather, pictured 20 hours before his death.
Photo courtesy of Bobby Oxspring (fellow 66 Squadron pilot) and Malcolm Pettit.
On Sunday, 27th October, 1940 at 8.30 a.m., a Spitfire MkII flown by Pilot Officer John Mather, 66 Squadron Gravesend, crashed and burned out on the land to the rear of the Half Moon public house in Hildenborough and the pilot was killed.

John Romney Mather was born at Blackheath, London on 19th May 1915 and educated at Dulwich College from 1928 to 1932.
His father worked for the Tata Iron and Steel Co. in India. Mather joined the Hudsons Bay Company and worked for them in London until 1937 when he moved to Stewarts & Lloyds at Glasgow, and then Corby.

Mather joined the RAFVR in June 1937 as an Airman u/t Pilot and was called to full-time service at the outbreak of war. Posted to 611 Squadron, based at Duxford. 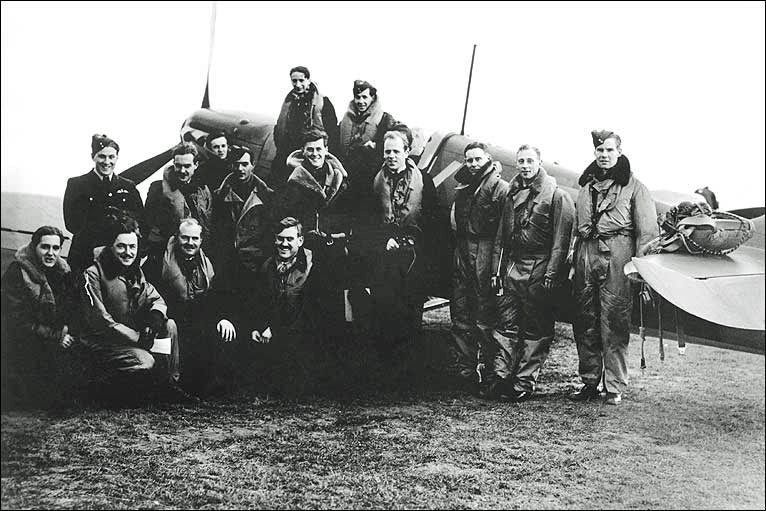 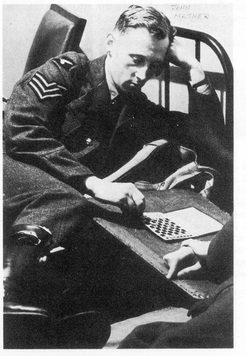 ​Sgt. Mather, at ease in the barracks
n 21st October 1939 he attacked and hit two Heinkel He115’s, no claim but both definitely damaged. This action was 611 Squadron's first encounter with the Luftwaffe.

Mather was commissioned on 1st April 1940, and then posted to 66 Squadron, firstly at Duxford, then Coltishall, then Kenley, then Gravesend.

On 10th July he shared in the destruction of a Dornier Do17 and on 2nd September shared a Heinkel He111.

On 5th September his Spitfire Mk1, N3029 was damaged in action against  Messerschmitt Bf109s over the Medway area of Kent; forced landed, escaped unhurt.

On 18th September he was shot down in combat over the Thames Estuary and baled out, unhurt. His Spitfire MkI, R6925, is believed to have crashed near Coldred.

On 27th October 1940 Mather was killed when his Spitfire MkII, P7539, crashed and burned out at Half Moon Lane, Hildenborough. The cause of the crash was for many years attributed to anoxia, even though a couple of witnesses claim to have heard gunfire just before seeing the Spitfire go down.

​One witness, Des Sheed, said:
"One Sunday morning, I was returning home from morning service when I heard a swarm of planes overhead in the mist. There was a burst of cannon fire and as I looked up a piece of wreckage was floating down, just like a leaf – it was the wing of a Spitfire. The engine and the pilot fell in the garden of the Half Moon pub which I had passed 5 minutes before".

​Mrs Jean Larking, (née Fairman) was staying in the house next door to the Half Moon after a night at a village hop with her friend Trude Webber (whose house it was) and she said "We had just woken up when we heard the sound of a dogfight overhead and then the scream of a plane coming down. We quickly hid under the bed. The Spitfire hit the edge of the roof bringing part of it down before the plane crashed into the garden behind the pub".

Apparently, a report has since been found in Luftwaffe records (i) of a German fighter pilot that claimed a Hurricane destroyed in the area at the same time that Mather was shot down but RAF records show no such loss, so it is now assumed likely to have been Mather, the German pilot mistaking the Spitfire for a Hurricane in the low visibility.

Mather's fellow pilots called out to him over the radio but received no reply. It seems likely then that Mather was fired upon, and probably shot and killed instantly, the aircraft then nose-diving into the ground.

Mather was cremated and is commemorated by a plaque in St. Margaret's churchyard, Ifield, Sussex. 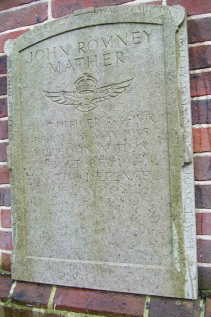 In 1972, P7539's engine was recovered by Malcolm Pettit with the help of Don King, a local farmer. The engine was found at a depth of 15 feet. Don tried at first to lift the engine with a JCB type digger but couldn't manage it so they chained it up to the arms of Don's skip lorry and lifted it out that way. Don says even though it was more than thirty years after the crash, the excavation stank of fuel.

This was a particularly special moment as Don was one of the crowd of onlookers at the crash scene in 1940. He was 9 years old then. In 2016, well into his 80s, he remembered it vividly. 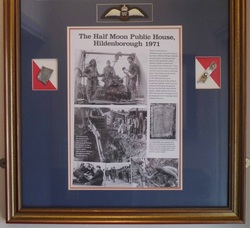 If you go into the Half Moon public house today, as you walk through     the front door, look to the right, there is a picture hung on the wall of the recovery along with a couple of fragments of the Spitfire and a pair of RAF "wings". 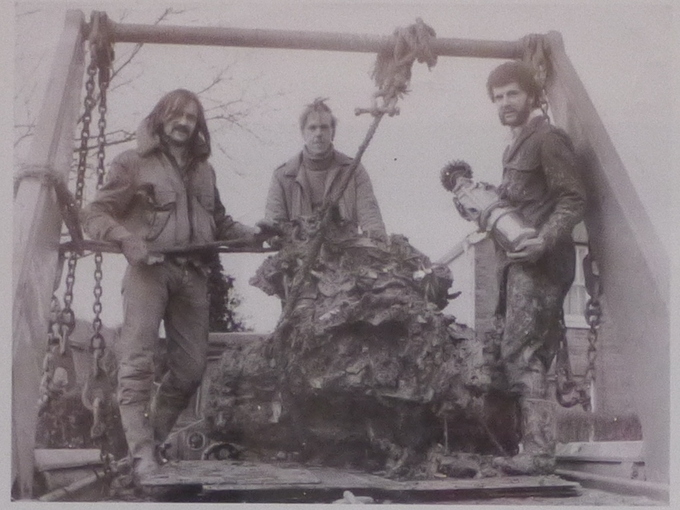 Malcolm cleaned the engine up and still has it to this day........
On Sunday 25th October 2015, a ceremony was held at the Half Moon to unveil a new bronze plaque in memory of John Mather. Amongst a display of military vehicles, there was a performance from the Glenduart Pipe Band, an introduction and history read out by Wing Commander Andrew Simpson, followed by a blessing and dedication by the Reverend Elizabeth Toy. Members of The Tonbridge Boys and Girls Life Brigade performed The Last Post followed by Reveille. The whole event was ably compèred by Mr. Howard Dolling.
With very grateful thanks to all. 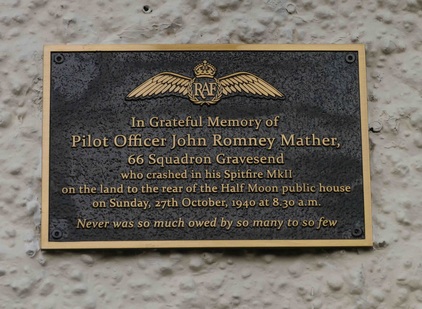 (i) A request has been made to the Kent Battle of Britain Museum to confirm the content of the Luftwaffe report, currently awaiting a reply. Their website can be found here.... http://www.kbobm.org/
A large T﻿hank You to the Battle of Britain London Monument for the above photographs of the squadron and the gravestone, and a lot of the information. For more info about the brave airmen of the Battle of Britain, visit http://www.bbm.org.uk/
Thanks also to the lovely people at the Half Moon public house for allowing me to use pictures of their framed presentation. Their website can be found at http://halfmoonhildenborough.co.uk/
And Thank You to Malcolm Pettit for the tour of the Tonbridge Battle of Britain Museum. For more info on this, see Malcolm's website here..... http://www.tribute-to-the-few.co.uk/