The Grenadier, Riding Lane
The Grenadier pub was built in 1858 and was located between Gardeners Hope Cottages and Stone Cottages in Riding Lane. Attached to one side was a small grocery shop. 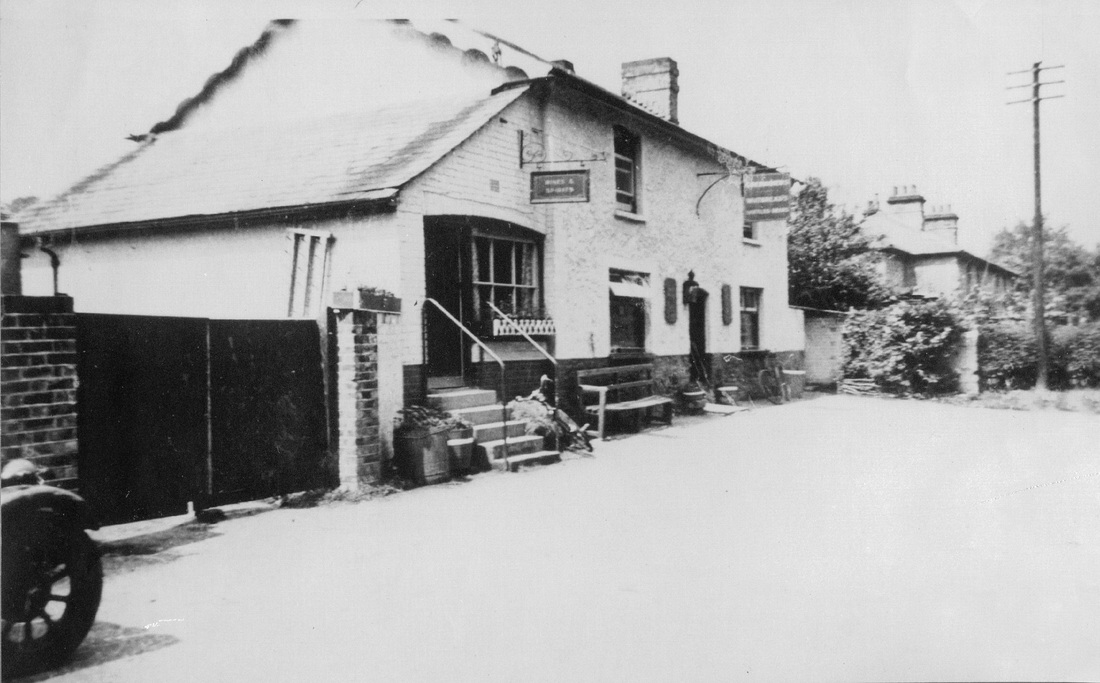 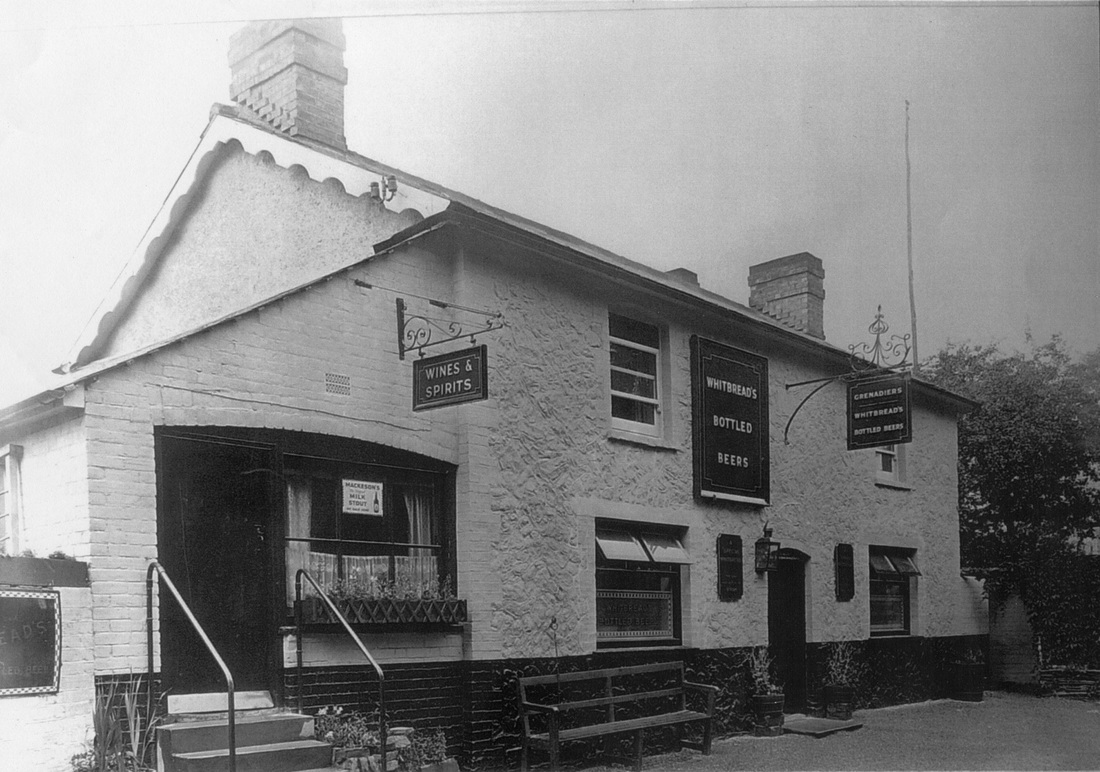 Most of the following information was researched by Denis Scott, who lived in the house built, in 1962, on the site where the Grenadier once stood:

The first landlord was Charles Thorn, the address was listed as Grenadier, Hollanden, Leigh, Tonbridge. 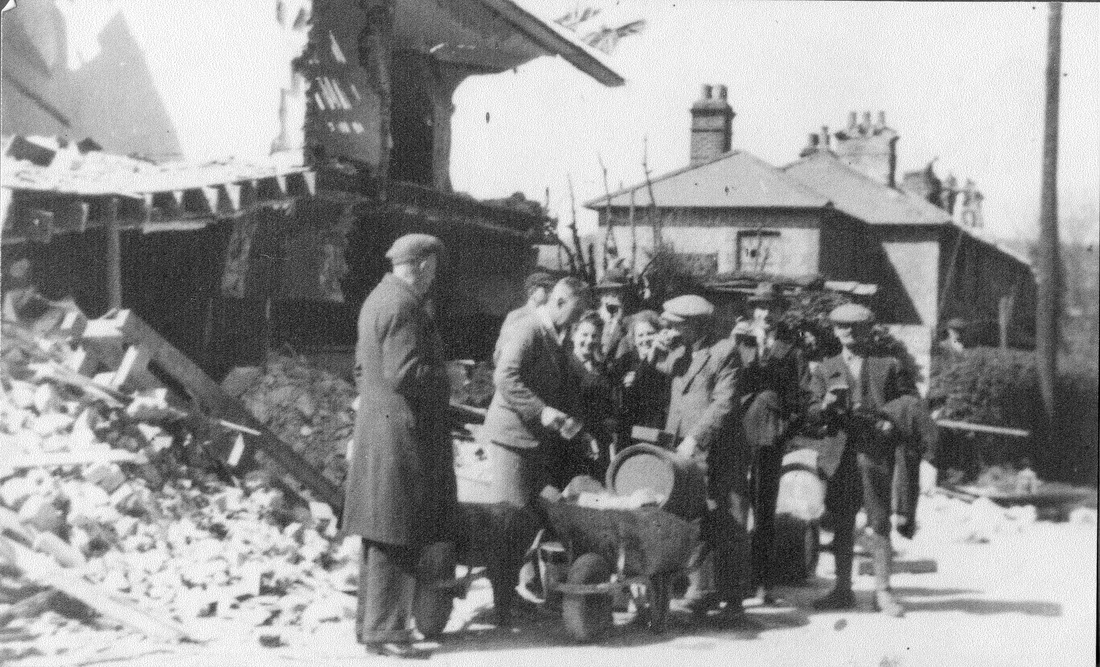 Some of the locals enjoying a beer straight from the barrel! 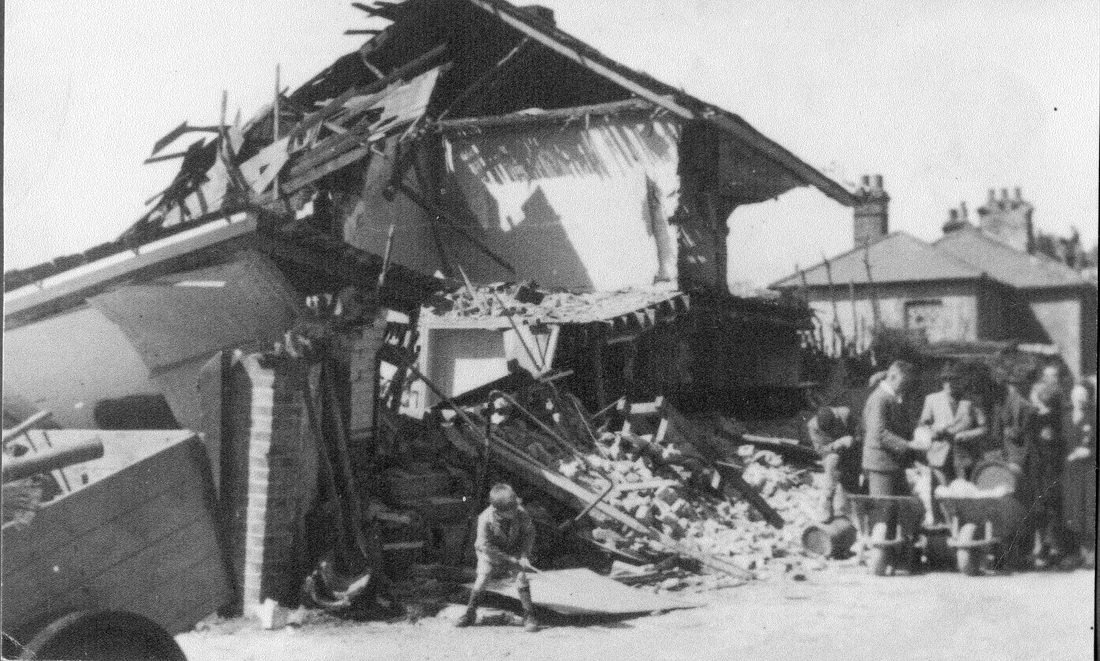 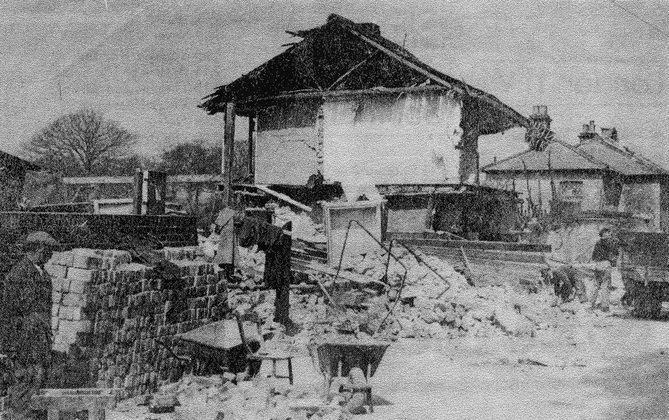 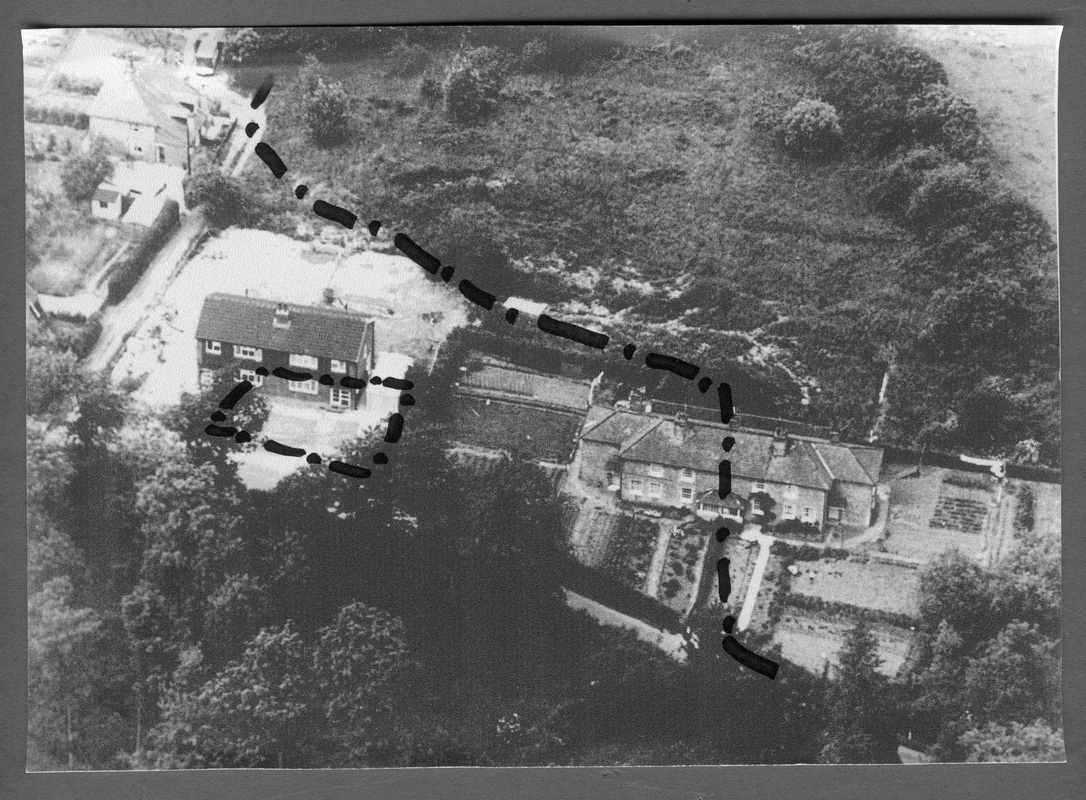 This aerial view was taken in 1962. The rectangular outline shows the approximate position of where the pub used to stand and the roughly diagonal line represents the parish boundary.