By Tim Asquith and Janet Foster
Frank Woolley was born in Tonbridge on 27th May 1887 and by 1906 he was playing for Kent and England as a first class cricketer. He had made his mark on the cricketing world and this can be read on Wikipedia. (wikipedia.org/wiki/Frank_Woolley)
Before his retirement and moving to Chester, Nova Scotia, Canada and remarrying, he set up a training school in Hildenborough for up-and-coming cricketers. The school was along Stocks Green Road. 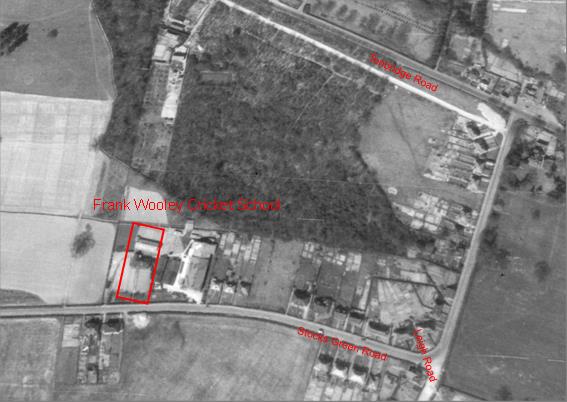 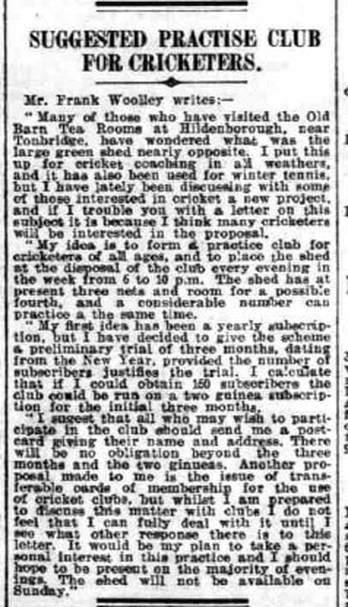 ​
​A letter was published in the Courier at the end of 1931 informing Hildenborough residents of his idea.
His idea was to form a practice club for cricketers of all ages, and to place the shed at the disposal of the club every evening in the week from 6 to 10pm. 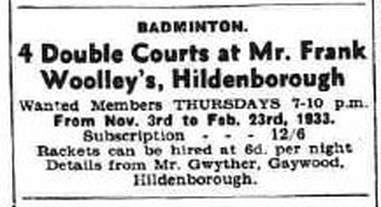 ​Directly after this press release adverts started to appear in the Courier.
Frank Woolley must have had some success in persuading Hildenborough residents to come along to play badminton as the photo below shows a good crowd of players: 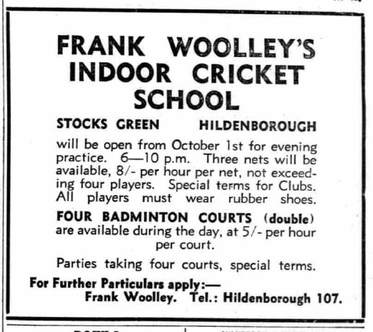 ​Investigating into the newspapers of the day show no adverts have appeared for the Frank Woolley Cricketing Training School.
​Adverts for the Hildenborough Badminton Club regularly appear in the Courier with the heading "Indoor Cricket School".
​

​
​In 1934 the advert appeared in the Sporting Review but, not for cricket training. 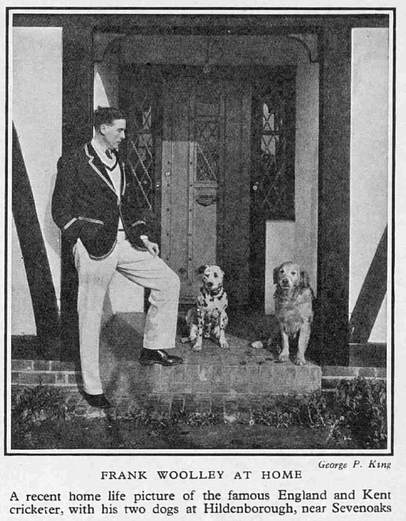 ​Frank Woolley at his home, Oakfield, in Hildenborough, published in Tatler magazine. 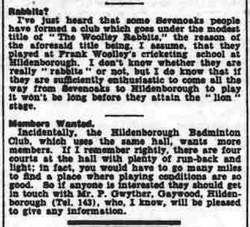 ​
​In 1936 a small article appears in the Sevenoaks Press about the “Woolley Rabbits” in Hildenborough. 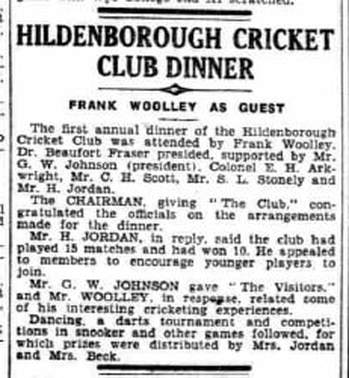 ​
​The Indoor Training School must have been doing well, as there was a Christmas Dinner in 1938 and was reported by the Courier. 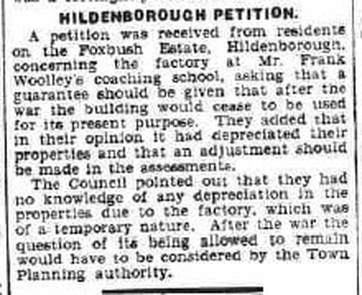 When war loomed over England, the Johnsen and Jorgensen Glass Works, which made glass bottles and glassware for science laboratories, moved their factory from a very vulnerable spot in Charlton to the relative peace and quiet of the Kent countryside. They moved into Frank Woolley's Pavilion. The local residents were quite peeved at the loss of their Sports Pavilion and wanted assurances they could have it back when war ended.
​You can read what happened on the Johnsen & Jorgensen page, here.... hildenboroughhistorysociety.weebly.com/johnsen--jorgensen.html