Jim England, 1922 to 2013.
​
A Eulogy to Jim England, Friday 13th December 2013, by Pat Davies.
​I only knew Jim for the last thirty odd years of his life. Many here today will have known him much longer; especially sisters Doreen and June.

Jim had many good qualities. He was polite, kind, gentle, thoughtful, loyal, modest, quiet, trusting and I am fairly confident that all of you here today would be able to add even more. He could also be stubborn as I will demonstrate later.

His story begins in Greenwich where he was born to parents James Samuel and Mary Ann Emily.

At the time his father was employed in cable telecom, but he had served in the First World War, joining the Royal Navy in 1918 and then switching to the recently formed Royal Air Force in 1921. His service record reveals Jim’s grandfather was also James.
Mary Ann Emily was a tailoress.
​
​Jim has two sisters; Doreen born in 1929 followed by June in 1936. Doreen relates that in her extreme youth she followed Jim everywhere. He was the focus of her attention.

Jim went to school in Dagenham and subsequently in Greenwich. Doreen describes him as a good, quiet boy. She suffered in comparable terms. I guess he was held up as a model example to follow and she did not measure up! He obviously had a mischievous streak as regards his disciple Doreen.

Returning from school in Greenwich as a seven year old (both parents were at work) she opened the front door to be confronted by a ghost at the top of the stairs - it was Jim clad in a sheet. She screamed in terror and rushed away to the bus stop to await the return of her mother. She was probably still screaming when her mother alighted.

​Jim became an Air Cadet at sixteen in 1938 and followed his father into the R A F in 1940, training at Cranwell as a radio officer and becoming a Radio Operator Mechanic working on the radios of Stirlings or Lancasters. In 1943 he enlisted in the 1st Chindit Expedition to Burma.
​ 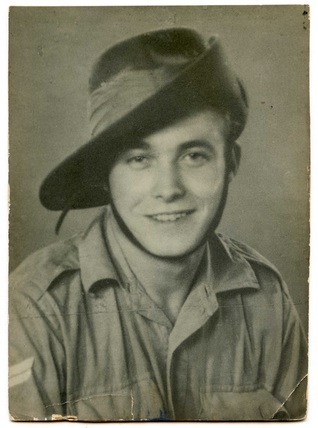 * 1941    Japan declared war on Britain
* 1942    Burma invaded by the Japanese who were regarded as supreme Jungle fighters - supermen.
*    Lt Col Orde Wingate; a renowned guerrilla fighter who made his reputation in Palestine and Abyssinia was installed to undertake the Expedition.
*   A brigade of 3000 men was drawn from various Army regiments, the Gurkhas and the RAF.
*   The force was split into small columns which operated separately and they were mobile and less easily detectable.
*   Provisions and equipment were supplied by air to each column who had mules to aid their movement through the jungle with heavy machinery.
*   Jims’ role was to organise air drops and typically this could have been from half way up a tree. The drop would come in and the column would quickly move on to escape detection by the enemy.
​
*    The operation lasted from early February to late March when the force had penetrated between 1500 and 2000 miles into Burma.
*    Supplies were being disrupted and it was necessary to draw a line with the troops straggling back to civilization or north to China.
*    In the operation up to eight Japanese Battalions were occupied in dealing with the considerable disruption caused by the guerrillas.
*    2182 of the 3000 men survived although only 600 were passed fit for future action.
Note:   “Chindit” was an anglicized version of a Burmese word for a mythical animal depicted in sculptures to be found outside pagodas.
​Jim subsequently operated in Iran and left the RAF in 1951, early, on compassionate grounds. His mother had died from peritonitis leaving young June without parents (Father having died in the blitz in 1940 as he was enjoying a cigarette in the doorway of a street shelter. Mother was inside with the neighbours). Jim was to look after June and, as part of his contract with the RAF, he worked for the Royal Observer Corps in Maidstone. He remained here until 1962 then joined Commercial Union until his retirement in 1982 to become a man of “leisure”.
​Married Life
Violet Gannon from Goudhurst and Jim were married on 23rd February 1952 in Ilford and they lived in Greenwich before moving to Meadway, Hildenborough in 1957. Lesley came along in 1955 and she married Mick Woodgate when she inherited John, Simon and Jason. Three grandchildren were produced for Jim and Vi; James, Katie and Lee. If Lesley had been joined by a brother one wonders if the name James would have recurred making it 5 generations in succession? Vi died in 1999 despite care from Jim and the Hospice. Young Charlie was born to Katie in 2012 providing Jim with his first great grandchild.
​
​Life of Leisure?  Jim’s activity in Hildenborough:
Jim was always full of ideas which would benefit the Community. This activity increased from 1982 when he retired and this included:-
* Formation of a Luncheon Club for senior citizens
* Short Tennis
* Bowls
* Ice Skating trips and at the Village Hall
* Youth Club
* Inter-Village “It’s a Knockout”
* Village Road Races (Fun Run)
* Parish Councillor from 1987 to 1991
* Village Hall Management Committee and sometime caretaker
* Social Club

Jim also stood for the Borough Council but was unsuccessful.
​
​Social Club
When Vi became ill Jim suspended his role at the Social Club, but when she died he re-established his relationship with the Club which lasted until the end of 2012.

He could be seen at the club most days of the week undertaking many different roles. Many of us were concerned that for several years he exposed himself to danger. Especially as Treasurer, he would make trips to Tonbridge at the same time in the same way each week. He would also check the takings, surrounded by piles of notes and cash with the Club doors left open.
This is where his stubborn streak came to the fore. He resisted advice to take more care. He simply trusted other people. This was at a time when Ben, at Fags and Mags had been robbed at knifepoint. One cannot help admire someone who puts so much trust in his fellow man.

So there we have it. A man with so many positive characteristics which he employed without boasting or raising his voice. I never heard him utter an unkind word for anyone. Our Community benefited in so many ways. 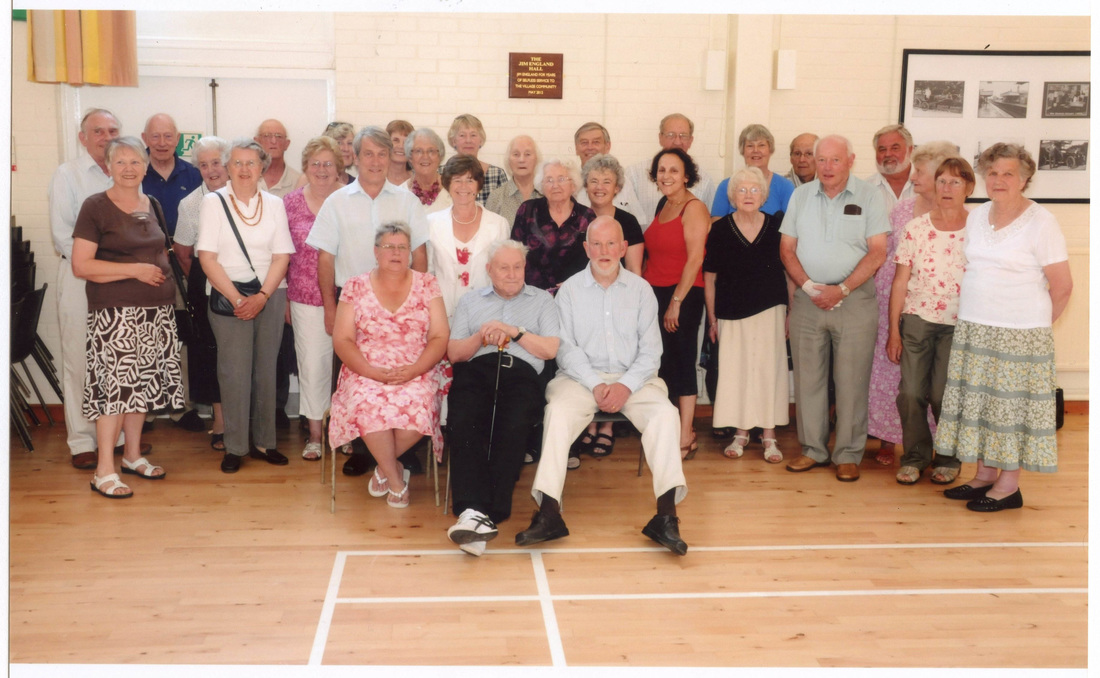 In May 2012, the main area of the village hall was named the Jim England Room in his honour. This was the day of the dedication. Jim's seated in the middle.